“It is in vain to say human beings ought to be satisfied with tranquillity: they must have action; and they will make it if they cannot find it. Millions are condemned to a stiller doom than mine, and millions are in silent revolt against their lot. Nobody knows how many rebellions besides political rebellions ferment in the masses of life which people earth. Women are supposed to be very calm generally: but women feel just as men feel; they need exercise for their faculties, and a field for their efforts, as much as their brothers do; they suffer from too rigid a restraint, to absolute a stagnation, precisely as men would suffer; and it is narrow-minded in their more privileged fellow-creatures to say that they ought to confine themselves to making puddings and knitting stockings, to playing on the piano and embroidering bags. It is thoughtless to condemn them, or laugh at them, if they seek to do more or learn more than custom has pronounced necessary for their sex.” ~ Charlotte Bronte (Jane Eyre)
A reader kindly pointed out to me recently that most of the quotes I include are by men. And it's true. Personally, I don't even consider whether the author is male or female, nor even care much who the author is - what's significant is the message. Of course, women are equally capable of great insights, however in our culture it's not so long ago that women could not even be published - Charlotte Bronte was one of the first. In many parts of the world, that remains.
“Even though they make up half the population, women and girls have endured discrimination in most societies for thousands of years. In the past, women were treated as property of their husbands or fathers - they couldn't own land, they couldn't vote or go to school, and were subject to beatings and abuse and could do nothing about it. Over the last hundred years, much progress has been made to gain equal rights for women around the world, but many still live without the rights to which all people are entitled.” ~ Robert Alan Silverstein
An important point here is that we have equal rights but that doesn't mean we're identical. Men and women have characteristics of the other sex, although often suppressed. Even so, men are not the same as women, the two sexes are complimentary - as we know they go well together like strawberries and cream, or not so well like cheese and sugar! But both men and women are 100% human beings. Their human rights are equal. I asked my wife Nicole what she feels about this issue...
“I think that many men are afraid of the feminine qualities within themselves, such as intuition, empathy and caring. They see them as weaknesses, since they want to belong to their male stereotype. So they shut down these important qualities and make a virtue of doing so, and keep women out of the picture of their daily lives. Of course, this has to change if human society is to advance and incorporate emotional and spiritual intelligence.” ~ Nicole Shepherd
As Margaret Mead said, "Every time we liberate a woman, we liberate a man."
“The world has never yet seen a truly great and virtuous nation, because in the degradation of women, the very fountains of life are poisoned at their source.” ~ Lucretia Mott
Barbara Simmons makes this point too: "Women’s voices help balance out the male energy. Until we do that, we are not going to have peace in the world." 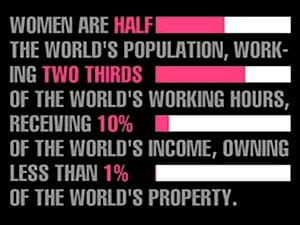 “Sex and race, because they are easy and visible differences, have been the primary ways of organizing human beings into superior and inferior groups and into the cheap labour on which this system still depends.” ~ Gloria Steinem 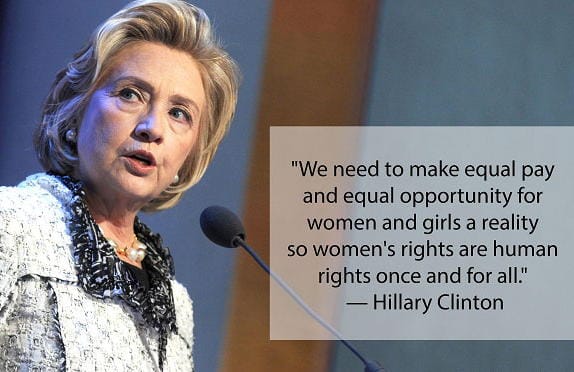 Here’s some further reading on this theme...

Things That Make A Woman Beautiful ~ by Marc & Angel Chernoff

Many women think that the key to beauty lies in the bottom of their makeup bag. There are a million and one reasons why women believe this: they’re judged on their appearance, pop culture and mass media support those judgements, and big business makes its money off shamelessly promoting the before and after effects of their miraculous products. The truth is, being beautiful doesn’t come from a lipstick tube, mascara wand, or blush brush. The following seven factors create a more lasting impression than any amount of makeup ever could. Continues...

Download a PDF of 'Words of Wisdom' ~
~ Favorite Picture Quotes ~
~ Quotes by Peter Shepherd ~
~ Motivational Wallpapers to Inspire Your Day ~
~ Qualities of a Superior Man According to Confucius ~
Previous Inspiring Quotes of the Day... Page 1 - Page 2 - Page 3 - Page 4
You'll find good info on many topics using our site search: